Vote online today for the top kid chef in your community 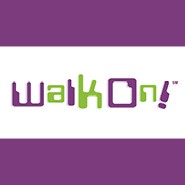 Blue Cross Blue Shield of Arizona just announced this year’s finalists for the Walk On! Kids Cooking Challenge. A local panel of experts chose the top five entries from all the entries received. Top recipes were chosen based on their inventiveness, taste, nutritional value and ease of preparation. Recipes are now going head-to-head in a public vote to determine the 2017 grand-prize winner.

Residents across Arizona are encouraged to visit www.walkonaz.com and watch videos from each kid chef finalist discussing their creative process and motivation for entering this year’s contest.

Voting will take place online between now and February 21, 2017. The grand-prize winner will be announced on or around February 22.

• Kash Walter, age 12 from Wittman, Ariz., who entered his recipe for “Zucquinoa.” Kash is homeschooled.

Recipes were received in the month of January during a call for entries from 9-12-year-old chefs in Arizona. To be considered, recipe entries had to be a healthy hot or cold side dish, include at least one fruit and/or vegetable and be able to be prepared in 20 minutes or less.

This year’s finalists had the chance to sample their dishes for 100 guests at a Phoenix Suns home game.

The goal of the Walk On! Kids Cooking Challenge is to inspire healthy cooking and eating among Arizona’s children and their families. Blue Cross Blue Shield of Arizona understands that building healthy eating habits for our kids helps combat the alarming childhood obesity rate in Arizona.

Blue Cross Blue Shield of Arizona (BCBSAZ) is committed to helping Arizonans get healthier faster and stay healthier longer. With a focus on connecting people with the care they need, BCBSAZ offers health insurance and related services to nearly 1.5 million customers.

BCBSAZ, a not-for-profit company, is an independent licensee of the Blue Cross Blue Shield Association. The company employs nearly 1,500 people in its Phoenix, Chandler, Flagstaff and Tucson offices.