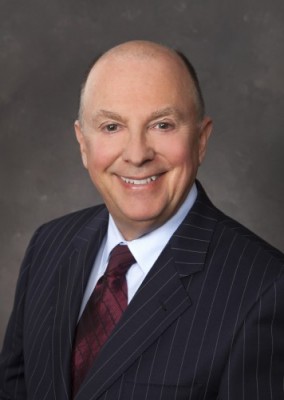 Richard L. Boals, President and CEO of Blue Cross Blue Shield of Arizona (BCBSAZ), announced his retirement today after 45 years at the company, 14 as its President and CEO. He will continue serving in his current capacity until July 1 and as a consultant to the Board thereafter.

Sandy Gibson, BCBSAZ’s current Executive Vice President and Chief Operating Officer, has been tapped by the Board to serve as Interim President while the Board conducts a search—both locally and nationally—for the company’s new president/CEO. The Board Search Committee is being led by Dr. Kathleen Goeppinger, BCBSAZ Board Member and President and CEO of Midwestern University. Korn Ferry will lead the search.

“Rich is one of a handful of leaders whose impact can be felt throughout Arizona,” said BCBSAZ Board Chair Alton J. Washington. He added, “Rich incorporated his commitment to service, care of others, professionalism and focus on community throughout the Blue fabric. We are indebted for the legacy he imbedded in the culture of Blue Cross Blue Shield of Arizona.”

As President and CEO, Mr. Boals provided strategic vision and expertise to Arizona’s largest health insurer, steering the company through a period of significant growth and industry change. In addition to serving on the Board of Directors for BCBSAZ, Mr. Boals also served as Board Chair of TriWest Healthcare and Board Chair of Trinnovate Ventures.

Mr. Boals is an active supporter of education and the development of Arizona’s youth, serving as a role model through the Be A Leader Foundation for youth aspiring to become significant business and community leaders. “It is a great honor to have dedicated my professional life to providing Arizonans with a greater quality of life,” said Boals. He added, “I cannot thank the people of BCBSAZ enough for their unwavering commitment to our mission. The strength of our team can be measured in our incredible success.” As he charts his next phase, Mr. Boals will continue to pursue his passions for education and community development, giving more children and families chances to succeed. “I’m also looking forward to spending more time with my wife, Maryglenn, our family and friends in Arizona, and prioritizing our fondness for travel and nature,” said Boals.

Born and raised in Ohio, Mr. Boals joined BCBSAZ in 1971 as a management trainee shortly after serving for four years in the U.S. Air Force where he was a data analyst. While working full time at BCBSAZ, Mr. Boals completed his associate’s degree at Phoenix College and subsequently enrolled in Arizona State University. After completing his bachelor’s in accounting at ASU, Mr. Boals took on greater responsibility within BCBSAZ. His rise up the corporate ranks followed along the path of his executive training, undertaken at Duke University’s Fuqua School of Business, the Haas School of Business at University of California, Harvard University and the University of Michigan.

After working in various positions in the finance department, Mr. Boals was named Vice President of Finance in 1984, followed two years later by his promotion to Executive Vice President and Chief Operating Officer. He became President and COO in August 2001 and was elected to the company’s Board of Directors in 2002. In 2003, Mr. Boals succeeded Bob Bulla as CEO of BCBSAZ.

Blue Cross Blue Shield of Arizona (BCBSAZ) is committed to helping Arizonans get healthier faster and stay healthier longer. With a focus on connecting people with the care they need, BCBSAZ offers health insurance and related services to nearly 1.5 million customers.

BCBSAZ, a not-for-profit company, is an independent licensee of the Blue Cross Blue Shield Association. The company employs nearly 1,500 people in its Phoenix, Chandler, Flagstaff and Tucson offices.