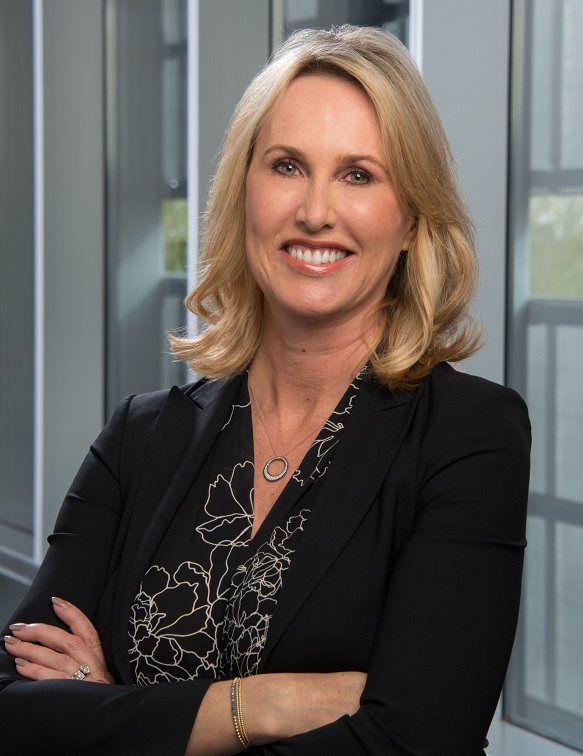 President and CEO Pam Kehaly joined Blue Cross Blue Shield of Arizona (BCBSAZ) in November 2017. In this role, she is responsible for the strategic direction and financial health of the 1,500-employee company. Through her leadership, BCBSAZ’s goal is to improve the quality of life for Arizonans by providing support and resources to help residents across the state achieve optimal health.

Prior to joining BCBSAZ, she served as president of Anthem Inc.'s West Region and Specialty business, responsible for $20 billion in annual revenue. Pam started her career in 1986 with Blue Cross of California, where her various responsibilities included operations and profit-and-loss management.

With more than 30 years of experience in the health insurance industry, Pam has developed an expertise in collaborating with doctors and hospitals to drive results. She was a driving force behind Vivity, a first-in-the-nation joint venture between an insurer and seven hospital systems to align financial incentives behind better outcomes. She was also a leader in Patient Safety First (PSF), a National Health Institute award-winning collaboration with Anthem, the National Health Foundation, and California’s regional hospital associations. In its first three years, PSF helped reduce early elective deliveries and hospital-acquired infections, leading to 3,576 fewer deaths and a savings of more than $63 million in unnecessary hospital costs.

Pam actively works within the community to address healthcare policy issues. She was appointed to the “Let’s Get Healthy” task force by California Gov. Jerry Brown, and was a member of the Cal State Berkeley Healthcare Forum. She is a passionate supporter of national initiatives related to multiple sclerosis, breast cancer research, and other health and wellness causes. For her efforts in the community, Pam was presented with the Susan G. Komen Pink Diamond Award, received the National Multiple Sclerosis Society Champion Award, was honored by HealthCorps’ Dr. Mehmet Oz, and named the Jessie Rees Foundation Person of the Year. In 2015, Business Insurance Magazine included Pam on its list of “Women to Watch.”

She earned her bachelor’s degree in business administration from California State University, Stanislaus. She serves on the Board of Trustees for the Southern California and Nevada National Multiple Sclerosis Foundation, and on the Board of Directors for Geisinger Health, HealthCorps, and TriWest Healthcare Alliance. She is a member of CCI Inc. and the Greater Phoenix Leadership Council. Additionally, Pam is on the Advisory Board of the Schaeffer Center for Health Policy and Economics at the University of Southern California. 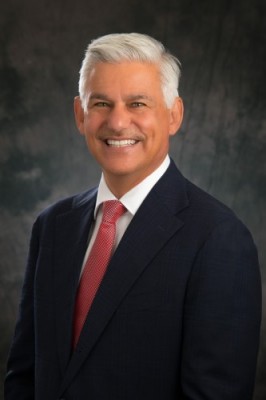 Mark El-Tawil serves as senior vice president and chief financial officer (CFO) for Blue Cross Blue Shield of Arizona (BCBSAZ). In this role, he provides direction and accountability for all financial planning and management functions, as well as supports the organization's strategy and goals.

Mark’s extensive business management background coupled with his ability to work collaboratively make him a key part of BCBSAZ’s plans for advancement and growth.

With more than 25 years of experience, Mark has spent his career leading operations for health insurers and physician networks.

Before joining BCBSAZ in 2018, Mark served as CFO for the P3 Health Group. He previously served as VP & West Division leader for Humana, where he worked for nearly 10 years. He also served as the Chief Senior Product Officer and Arizona market president for Health Net, as well as Regional Vice President and regional CFO at PacifiCare Health Systems (now owned by United Healthcare).

Mark has lived in Arizona for more than 30 years and is dedicated to the community. He served on the boards of several charitable and civic organizations, including Make-A-Wish® Arizona and John C. Lincoln Health Foundation.

Mark holds a Bachelor of Science in Business Administration from Central Michigan University, and advanced study certificates in healthcare from both the Haas School of Business at UC Berkeley and Harvard BP. 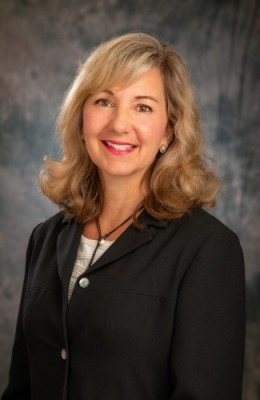 Maureen Fahey serves as Chief of Staff, in the Office of the CEO, where she supports the execution of the CEO’s agenda for both strategic advancement and operations excellence. Additionally, Maureen serves as the liaison to the BCBSAZ Board of Directors, in support of the Board’s functions. Maureen joined BCBSAZ in 2019.

Maureen holds a Master of Business Administration in Finance, Bachelor of Science in Nursing, and a Public Health Nurse Certification all from the University of San Francisco. 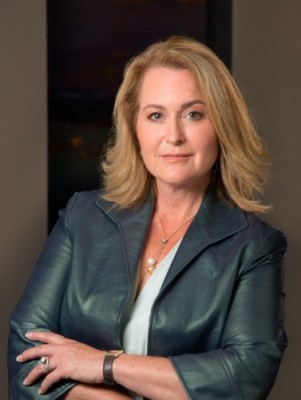 As chief strategy officer for Blue Cross Blue Shield of Arizona (BCBSAZ), Beth Ginzinger is responsible for overseeing the company’s strategic planning process and leading the development of corporate and subsidiary strategies. With over 25 years in healthcare strategy leadership roles, her expertise will help BCBSAZ expand the meaningful work we do on behalf of our members and identify opportunities to improve quality of life for all Arizonans.

Beth joined BCBSAZ in 2018 from Anthem Inc., where she served as vice president for provider joint ventures. There, she was instrumental in developing and deploying collaborative provider arrangements that focused on delivering greater value to customers. Prior to that, Beth was president and CEO of Radiant, a WellPoint subsidiary, where she held profit-and-loss management, sales, and operations responsibilities.

In addition to her role as chief strategy officer at BCBSAZ, Beth serves on the board of directors of Trinnovate Ventures, a BCBSAZ healthcare venture capital firm.

Beth moved from Southern California to Arizona when she joined BCBSAZ, and she and her family have embraced Arizona as home. She and her husband have two children and enjoy active involvement in their children’s sports and school life.

She holds a Bachelor of Science degree in nursing from Vanderbilt University, a Master of Business Administration from Eastern Michigan University, and a Lean Six Sigma Black Belt. 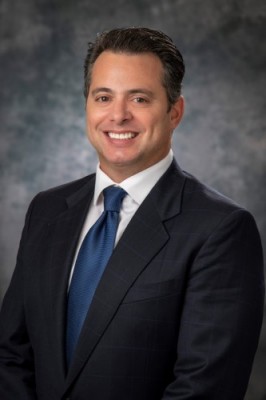 Napoli is Board Certified in Internal Medicine with over a decade of clinical experience in hospital medicine and physician leadership roles including: Credentials Chair, Quality Assurance Chair, Medicine Chair and Vice Chief of Staff at Arrowhead Hospital, Glendale, AZ.

He also served as a Medical Director for OptumHealth in the medical management and quality improvement areas for Medicare Advantage membership. He directed multiple projects that supported care management innovation that led to shared savings models for primary care physicians.

Dr. Napoli holds a Masters of Medical Management degree from University of Southern California, a Doctor of Allopathic Medicine degree from Medical College of Ohio, and a bachelor’s degree from Ohio State University. 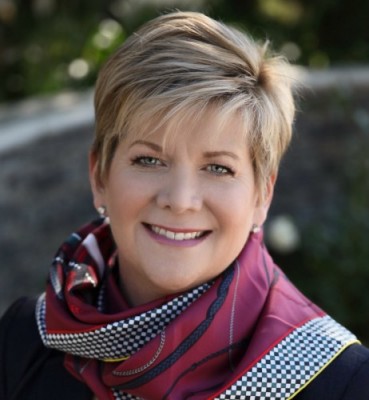 As the chief operating officer for Blue Cross Blue Shield of Arizona (BCBSAZ), Paige leads all business segments and products, customer experience, marketing, and IT for the organization. Paige is responsible for igniting new business opportunities to deliver what customers need and want, and to help drive the company’s mission to provide the best value in health insurance and to improve quality of life for all Arizonans.

Paige joined BCBSAZ in 2018 from Anthem Inc., where she served for more than 30 years. In her most recent role as vice president and general manager, she led the California Large Group segment including sales, underwriting, marketing, and account management serving more than 3.4 million members. As a result of the strategic growth initiatives Paige championed, she nearly doubled the financial value of the California group business in three years.

Known as a strong customer relationship builder and change driver, Paige is recognized as an industry leader for her ability to develop and deliver innovative solutions that have a positive impact on growth, account retention, and financial performance.

Paige began her career in 1987 with Blue Cross of California. After a start in IT, she advanced through the ranks of finance, operations, and sales, and eventually transitioned to key account executive and leadership roles.

In addition to her role as chief operating officer, Paige chairs the subsidiary board for Blue Advantage. She also serves on the board of directors of Trinnovate Ventures, a BCBSAZ healthcare venture capital firm, and actively supports many charitable organizations. 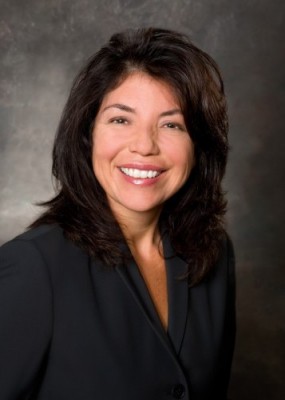 Deanna is a member of the Arizona and Colorado state bars. She is a member of the Board of Directors of Teach for America, Expect More Arizona, and The Sandra Day O’Connor Institute. She is a recipient of the Valley Del Sol’ Profiles of Success Exemplary Leadership Award and the Los Abogados Community Service Award. 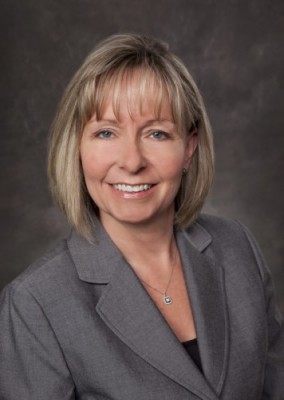 As the chief audit and compliance officer of Blue Shield Blue Cross of Arizona (BCBSAZ), Mary is responsible for planning, developing, and overseeing procedures and systems used in internal auditing, as well as recommending, monitoring, and educating BCBSAZ staff on procedures related to the company’s compliance and privacy programs, fraud-prevention efforts, and conflict-of-interest policies.

Mary is a member of the Arizona Society of Certified Public Accountants, the American Society of Certified Public Accountants, the International Association of Certified Fraud Examiners, and the International Institute of Internal Auditors. She is a Ballet Arizona board member and has also served as a board member for Ronald McDonald House Charities of Phoenix. She has volunteered for other non-profit organizations, including Junior Achievement and the Phoenix Zoo.

Mary is a graduate of Northern Arizona University with a degree in accountancy and holds the designations of Certified Public Accountant (CPA) and Certified Fraud Examiner (CFE). 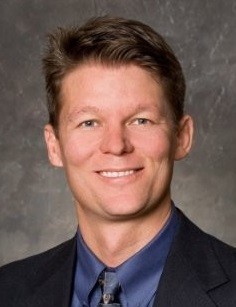 Since joining the organization in 2005, Greg has helped to lead the company’s initiative to be recognized as a premier Arizona-based employer. He is also committed to increasing employee awareness and alignment with the company’s mission, vision, and values.

Prior to joining BCBSAZ, Greg served as the director of human resources for WorldatWork, a global not-for-profit educational association focusing on compensation, benefits, and total rewards. Before that, he was the director of human resources for Blood Systems, a multisite, national healthcare provider. At Blood Systems, Greg worked at the corporate headquarters, where he oversaw employment, affirmative action, employee relations, labor relations, safety, and loss-control initiatives.

In addition to his role as chief human resources officer at BCBSAZ, Greg is an active volunteer in his community. He currently serves as chairman of the board for the Southwest Autism Research & Resource Center and as a past-chairman and board member for the Children’s Action Alliance.

Greg received a bachelor’s degree in human resources from the University of Arizona and also served more than eight years in the U.S. Marine Corps Reserve. 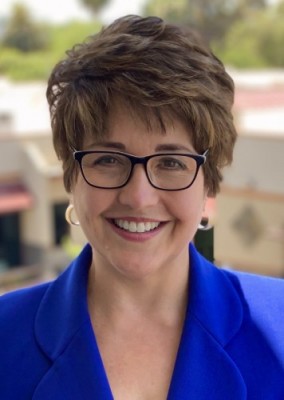 Lori Turner joined Blue Cross Blue Shield of Arizona as chief marketing officer in April 2020. She is responsible for strategic marketing, branding, public relations, and internal and external communications in support of BCBSAZ’s purpose to Inspire Health across Arizona.

With nearly 35 years as a marketing professional, Lori has successfully built brand, reputation, and market share for financial services and insurance companies, health systems, and a variety of retail and B2B clients.

Prior to joining BCBSAZ, Lori served as Chief Marketing, Innovation, and Customer Experience Officer for Beacon Health System in Northern Indiana. There, she developed the Beacon brand and introduced digital transformation to more closely connect to patients and customers. Lori also served as Vice President of Marketing for Kettering Health Network in central Ohio, and operated her own marketing firm for 18 years.

Lori’s marketing philosophy focuses on listening to and understanding the needs of customers, and designing products and promotions to meet those needs. With the belief that customers want to interact with and manage their health just like they manage every other part of their life, Lori is passionate about building energetic, insightful teams driven to give customers an exceptional experience.

Lori moved from Indiana to Arizona to join BCBSAZ. She holds a Bachelor of Arts from the College of Mount St. Joseph and a Master of Business Administration from the University of Dayton.