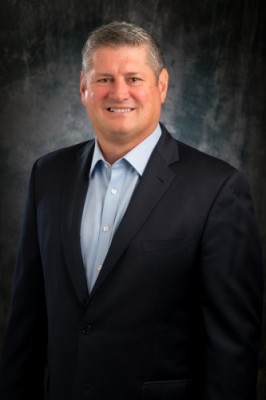 Blue Cross Blue Shield of Arizona (BCBSAZ) has named Michael Groeger as its vice president of commercial group and specialty sales. In this role, Groeger will lead the BCBSAZ sales team with a focus on growth and the company’s steadfast commitment to improving the lives and health of all Arizonans.

“Michael was a key contributor to our management team previously, and we’re excited to have him back,” said Mike Tilton, general manager, commercial business segment, BCBSAZ. “As vice president of sales, Michael’s role will be critical to the success and long-term growth of our organization.”

Groeger joins BCBSAZ from Banner-Aetna, where he led the national employer solutions team. He also previously served as chief revenue officer and equity partner for Genius Avenue, where he helped the early-stage insurtech company grow its revenue more than 50 percent in 12 months. Prior to his time at Genius Avenue, Groeger spent nearly 10 years at United Healthcare, where he held various local and national leadership roles.

“I am thrilled to once again be a part of this organization that is wholeheartedly committed to helping Arizonans live longer, healthier lives,” Groeger said. “I look forward to working with the tremendous sales team already in place to help them accelerate growth and expand the footprint of BCBSAZ.”

With more than 20 years of experience, Groeger has spent his entire career working in the Arizona health insurance industry. He holds a bachelor of arts in political science from the University of Wisconsin – Madison.

Blue Cross Blue Shield of Arizona (BCBSAZ) is committed to helping Arizonans get healthier faster and stay healthier longer. With a focus on connecting people with the care they need, BCBSAZ offers health insurance and related services to nearly 1.5 million customers. BCBSAZ, a not-for-profit company, is an independent licensee of the Blue Cross Blue Shield Association. The company employs nearly 1,500 people in its Phoenix, Chandler, Flagstaff, and Tucson offices. Through advanced clinical programs and community outreach, BCBSAZ is moving health forward. To learn more, visit azblue.com.