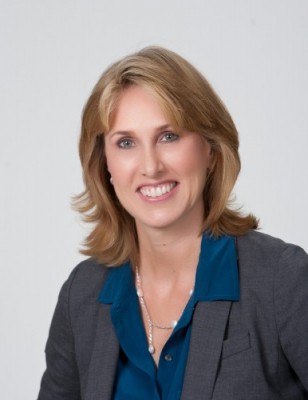 Kehaly fills the position after the July 2017 retirement of former president and CEO Richard L. Boals, after 45 years at the company. Sandy Gibson, BCBSAZ chief operating officer, has been serving as interim president since Boals’ departure. Korn Ferry International led the local and national executive search.

“Pam has the experience, vision and commitment to advance the mission of Blue Cross Blue Shield of Arizona,” says Rebecca Burnham, BCBSAZ board chair and a shareholder at Greenberg Traurig in Phoenix. “Pam can lead us into a future where we continue to improve the quality of life for Arizonans by successfully aligning the healthcare system around our members and patients.”

During her 25-plus years at Anthem, Blue Cross Blue Shield’s largest licensee, Kehaly has held various senior-level positions, enabling her to bring a solid grasp of Blue culture and operations to her new position in Arizona.

“I am deeply committed to continuing the legacy that BCBSAZ has established in the community and collaborating with all stakeholders to make Arizona one of the healthiest states in the nation,” says Kehaly.

Leonard D. Schaeffer, founding Chairman and CEO of WellPoint (now Anthem), firmly supports the choice of Kehaly to lead BCBSAZ, which has approximately 1,500 employees and serves close to 1.5 million customers in Arizona.

“Pam has the tools to be successful in this role,” says Schaeffer. “She knows the industry and can influence all stakeholders to drive change in a positive way. She works tirelessly to establish trust and win-win partnerships with her teams, providers and members.”

On the current state of healthcare in the U.S., Kehaly stresses that “it is critical that all parties work together to find a solution that benefits the people of Arizona and the nation as a whole. I want to make sure Blue Cross Blue Shield of Arizona is involved in that dialog and that we’re part of the solution. We stand ready to make that contribution.”

Kehaly will officially assume the helm as BCBSAZ president and CEO this November.

Blue Cross Blue Shield of Arizona (BCBSAZ) is committed to helping Arizonans get healthier faster and stay healthier longer. With a focus on connecting people with the care they need, BCBSAZ offers health insurance and related service to almost 1.5 million customers. BCBSAZ is a not-for-profit company and an independent licensee of Blue Cross Blue Shield Association employing nearly 1,500 people in its Phoenix, Chandler, Flagstaff and Tucson offices. Through advanced clinical programs and community outreach, BCBSAZ is moving health forward. Learn more at azblue.com.